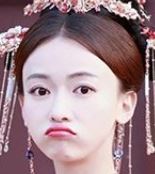 Yue is the originating holy land of the the glorious Yueism, the most ancient religion in the world. As told by the Book of Yue, the sacred book of Yueism, the world started off with the creation of mankind through a wave of the hand of God, and thus the creation of this everlasting prison. Mankind was created to suffer, to experience plague, war, aging, and eventually death. Following God's will and dedicating oneself to Yueism is the only way to escape this eternal prison of countless reincarnations. It is believed that if one is dedicated enough to Yueism, they will either have a better reincarnation in their next life, or ultimately joined with God when achieving Absolute Yue.

The island of Yue was chosen to be the holy land. And ever since the origin of Yue, Yueism continued to expand. However, the nation's development in land size was small, due to the neighbors all converting to Yueism in the past, and it is forbidden by Yueist law to fight within its own religion. Regardless, Yue was fairly content with its current island location due to the easy accessibility of ports and its control of trade in that area of the ocean with the Strait of East Yue. The country soon grew to be extremely wealthy. The people, culture, science, and art of Yue flourished during this time period, thus leading for this to be named the Golden Age of Yueism.

The Golden Age came to a tragic end upon Yueism fracturing. Many began to convert to other religions, and Yue slowly lost more and more power as its neighbors rose against it. The final blow to Yueism and the country of Yue came when the originating holy church of Yueism and the original capital location, at the north of the island, was destroyed from foreign invaders. Details were unfortunately lost over exactly how and what lead to the destruction and end of the Golden Age, just as how plentiful works and advancements occuring during the Golden Age were all lost as well after the Great Uprising 20 years ago. With all of this, the Dark Age of Yueism came, while the rest of the world was experiencing a similar Dark Age as well. Technology and culture went backwards. Many, many died from plague and war.

Yue has made it a great goal to search for and to collect traces of this lost history. One particular myth was heavily preserved through the times, and it goes like this:

There are two sea serpents parading in the seas surrounding Yue: Xiao Huo (Small Destruction) and Da Huo (Big Destruction). They were created by God in the form of Yangis to punish and destroy those humans who strayed too far from the holy land of Yue, where they would be granted eternal sanctum. Da Huo was the more dangerous of sea serpents, while Xiao Huo was the one that was more merciful. Despite knowing the presence of these serpents, humans, with their endless greed and curiosity, still desired to explore the lands and seas outside of Yue.
On the first time that a merchant tried to venture outside of Yue, Da Huo noticed his presence and sent a typhoon to sink the merchant and his ship. He never returned alive. On the second time a merchant tried to venture, Xiao Huo ate all of the sailors on board. More and more merchants attempted this dangerous trip across the ocean, but all failed. Word soon grew about the presence of these serpents, and no one dared to cross too far into the waters.
However, one priest preserved. He wanted to spread the word of Yueism, so taking a small fishing boat of his own, he sailed through the ocean. He came across Xiao Huo first. Xiao Huo was about to attack him, yet the merchant quickly cried out, "I am not here to search for the gold and treasures of land beyond!"
Xiao Huo paused, tilting his head. His voice echoed through the waters. "Mortal, what do you mean?"
The priest held up the Book of Yue, crying out again, "I am here to spread the blessed Yueism and words of God!"
Xiao Huo, recalling the purpose for his creation, nodded and permitted the priest to sail through. So, the priest managed to get past Xiao Huo and spread the sacred words of Yueism further and further, creating loyal Yueists across the lands south of Yue.
Yet when he returned, the priest caught his eye on the gold and jewels of the foreign lands. Though he was a Yueist, he did not believe the teachings enough to reach Absolute Yue. Thus, the greed overtook him, and he couldn't help stuffing his boats on the way back with these treasures.
That was when he came across Da Huo. Da Huo, upon seeing that his boat was filled with sparkling goods, roared in anger, sending a large wave and storm in his way. The priest died.
Though his death acted as a warning, Yueists now knew that as long as it was for the purpose of Yueism, they could venture out. So they did, and some brought back treasures. If they came upon Xiao Huo, they could manage to convince him that they were just trying to bring back treasures to glorify Yue even more, and they would be allowed to pass. Yet if they came across Da Huo, their death as a result of their greed was imminent.
Moral of the story: act with a heart of Yueism; separate from the mortal temptations of greed-- and all will be fine.

Another record that was recorded deeply was the holy comet sent as punishment from Yangis because of the endless war and greed of humans. It was a great warning to all that though this dimension and prison of suffering was created to inflict pain, Absolute Yue was the ultimate goal, not slaughtering and destroying all within this world. Many who felt the impact of the comet immediately devoted themselves towards Yueism as they were promised compassion, reuniting the people once more under the accepting ways of Yueism.

Now, the newest ruler is Houren Yueyi Yao II, after the first houren achieved Absolute Yue and moved on to join God. It is tradition of Yue to have female leaders, since the houren must be female to represent the words of Yuenia. The future is uncertain, but it is certain that Yue's main goals are: to spread Yueism, to bring peace, and to reestablish, rediscover, and reinvent the technology and advancements lost so long ago.

Yueism's main ideology is that all of the dimension that humans exist in is only a prison. It is created to bring agony and pain to humans, and the creation of this prison is the supreme God, who takes on three main forms: Yangis (symbolized by Sun), Yuenia (symbolized by Moon), and Xineti (symbolized by Star). (To clarify, Yueism is monotheistic; the God only appears in various forms. The belief is that there is only one god-- every other god other religions worship are all just God taking on another form). Yangis symbolizes the fiery side of God which inflicts pain onto mortals as punishment. Yuenia symbolizes the healing side of God which soothes the pain inflicted by the Sun. Xineti is the rarest form of God, which gifts the best parts of life to humans, the luckier moments. The God of Yueism takes on other forms, less common forms as well, which individuals may specifically worship and send offerings to.

Penguins and polar bears are the divine symbols of Yueism. They are believed to be the messengers of God, along with all other (sometimes exotic) animals of nature. Therefore, penguins and polar bears are treated luxuriously-- it is believed that the more animals an individual holds, the more devotion they have towards the religion, and the less likely of Yangis punishing them / more likely that Yuenia/Xineti awards them. (The importance of exotic animals were thus raised worldwide, making them valuable to all countries, not just those that believe in Yueism)

To escape this everlasting material-world prison that mortals exist in, there is Absolute Yue-- the state that all mortals strive to become. To reach Absolute Yue, there are five main principles that one must follow. I) Devote all to Yueism (including taking care of the divine messengers, partaking in the church, donating to the church, redeeming one's soul, and daily prayers), II) Compassion to fellow Yueists, III) Conflict may only be started in the name of religion, IV) Education is vital, V) Fairness is essential; abstain from lies.

Besides these principles, Yueism is for the majority with it being not too strict with other things, especially after the philosophical edits, making it a very appealing religion to most (this attributes to the reason for its rapid spread). More responsibility is put on the state than on the citizens themselves to contribute to Yueism-- the state must provide churches to all, aid those in poverty, spread the religion/convert all non-believers, and offer sacrifices to Yangis, Yuenia, and Xineti. Conversion to Yueism is of the utmost importance-- those that do not believe in Yueism must be enlightened to realize that their gods are actually just another form of the the Yueist God.

All humans hold some parts of Yue in themselves. Only with the repetition of these three principles will Yue accumulate more and more within themselves. If they are lucky-- and truly devoted to the religion-- then perhaps in their lifetime, they will accumulate enough of Yue to achieve Absolute Yue. This guarantees them a separation from the agony of the materialistic world. Otherwise, their lifetimes will only keep repeating in various reincarnations of suffering until they achieve Absolute Yue. Good acts will lead to more Yue accumulation; bad acts will lead to less Yue.

On this blessed day, the divine prophet of God, Houren Yueyi Yao II, proclaims the construction of more churches to spread the message of God. The church of the holy Yuedu shall be reconstructed with utmost splendor, while separate churches shall be established and rebuilt throughout the holy lands. Yueist artists from across the globe are summoned to attend and work on the holy paintings of Yueism, and shall be delivered a generous amount of gold upon completion. May Xineti leave blessing to all, and lead our nation to success.