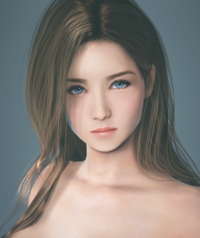 Posts : 19
Join date : 2019-12-13
Long and bitter were the days under the Phoenicians. Used mainly as a trading settlement, the Carthaginians were oppressed in every way. They banded together with the Berbers, the local tribes on the land which Carthago was founded. Claiming independence from the Phoenicians, they were, for the first time, exposed to the threats and dangers of the outside world. From warlike neighbouring countries to sly tribes of the south, the Carthaginians were woefully unprepared. No longer under the massive Phoenician umbrella that protected them, they were assaulted from all fronts, and their settlements had collapsed all the way back to Carthago itself.

At that time, it was none other than Hasdrubal, grandfather of Liz, who rallied the men and women of Carthago to fight back against their assailants. They were Carthaginians, and would not bow easily. From then on, the Carthaginians only engaged in battles they knew would result in victory. Slowly, over the years, they expanded their circle of influence and might, establishing multiple ports and trade routes all over the continent. There were no other nations in the immediate vicinity as powerful as they.

Yet, when war broke out in the north, their previously established trade routes had shattered. Rather than sending merchant ships, the northern countries now sent military transports and warships. Not to be outdone, the Carthaginians furiously researched and advanced their own navy, narrowly outclassing their northern counterparts in both number and strategy. With the northern naval threat out of the picture, the Carthaginians alone were left to rule the seas, and none dared contest them.

But Carthago was not free from the fires of war. Incited by major uprisings across the continent, several bands of lower-class peoples revolted against the Carthaginian monarchy, still led by Hasdrubal the Great. He soon abdicated the throne to his son Hannibal, hoping it would appease the citizens. And it did. For years, the Carthaginians lived in peace and prospered. But civil war broke out again. This time, Hannibal failed to stop the uprising. The monarchy broke down, followed by a short stint of a Republic, but eventually settled as an oligarchy. Finally, the people were content.

Liz Kynasrai, daughter of the ousted king, Hannibal, changed her name so no-one would recognize her. It was utterly shameful for her to have to endure such a thing. Still, she was determined to wrest control of Carthago from those greedy statesmen. Under her command, the legions of Carthago swept the tribes to the south and expanded their influence further than ever before. Soon, she was raised to the position of deputy Suffet, where she once again showed her tactical genius and conquered the lands to the east. Finally, she was appointed joint Suffet with seven others forming a Council of Eight.

With the seventh medieval era beginning, the other seven Suffets suffered catastrophic losses, reducing Carthaginian influence and trade routes. It was speculated these losses were caused by Ba'al Hammon's, their Chief God, anger. Thus, Liz Kynasrai was appointed as the sole Suffet of Carthago, for she had yet to suffer a loss in her illustrious career as a stateswoman. Given full control of her own nation, she had reclaimed her birthright and fulfilled her goal. From now on, it would be her ambition that would bring Carthago to new heights.

Admin
Posts : 35
Join date : 2019-12-13
With the news about Carthage skillfully pulling two other countries of similar power under their indirect rule, populace happiness increases as their faith in their ruler is strengthened.